If you only purchase basic protection, you will be charged with monthly package as the Pay-As-You-Go mode. In this way, Anti-DDoS Pro only provides fixed protective capability on the basis of your chosen package. 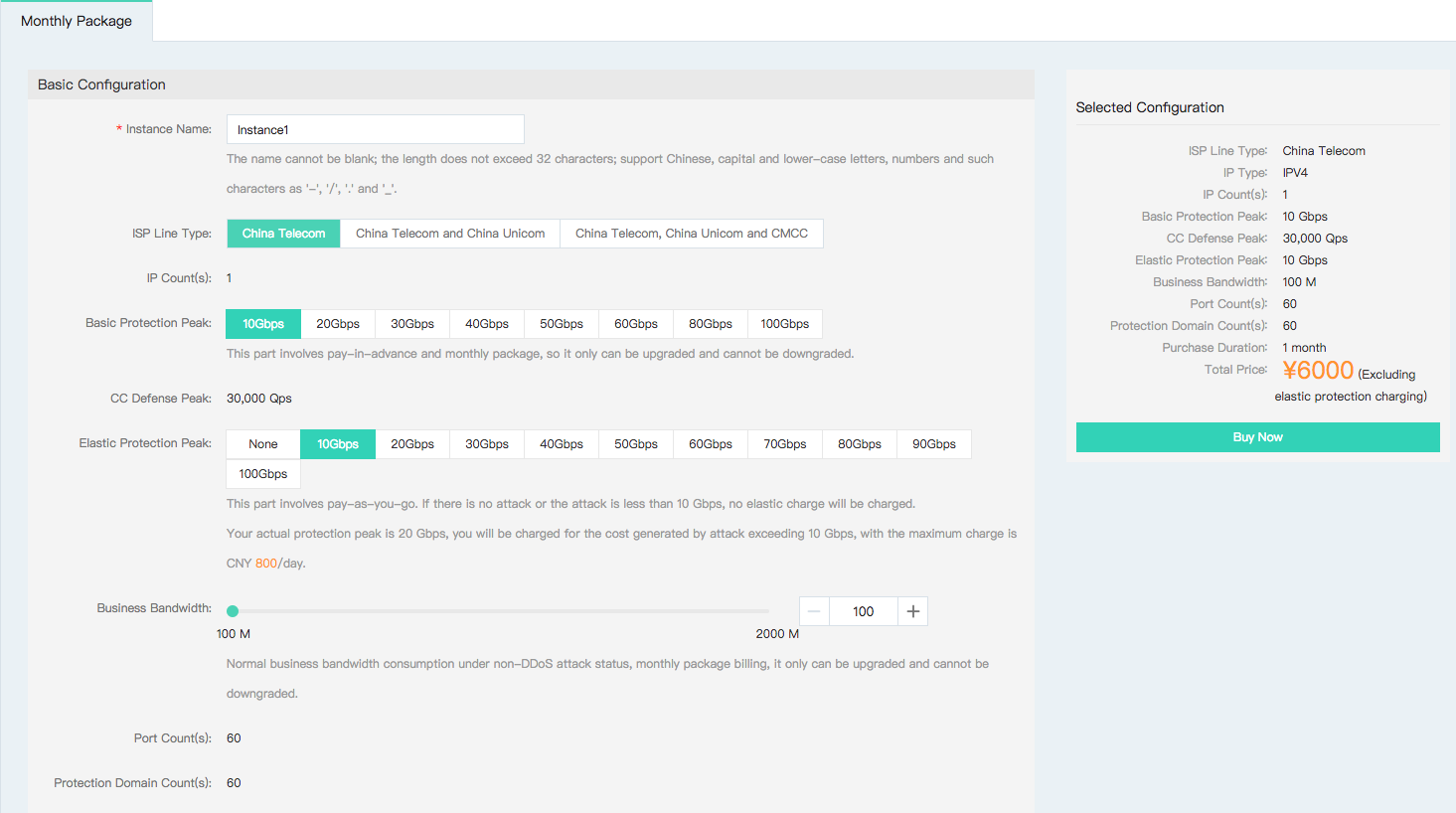