There are three entries to reboot the instance:

2. Select Nodes to be Rebooted

Users can reboot the primary or standby nodes separately or reboot them at the same time. In default condition

If users need to reduce the impact on the service during the restart, the failover function can be employed, for example

Note: Both failover instances and rebooting instances will interrupt the ongoing backup, so users shall avoid to carry out these operation as far as possible when the backup is in progress. 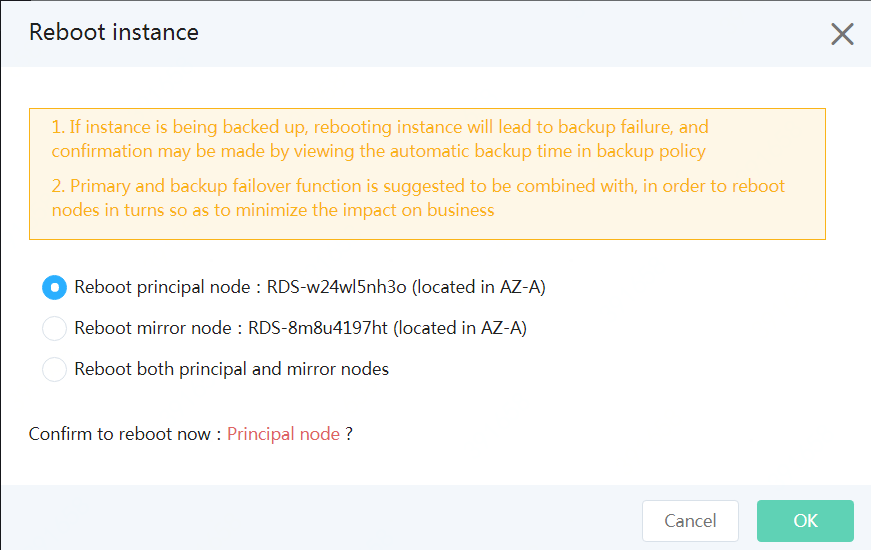