Login the server system and open the task manager, and the memory storage of the process is no more than 600M; (mssql, a large memory occupier, only occupies 39M) as shown below: In fact, the memory of the task manager-process (WS Private) is occupied by the memory, is the physical memory exclusive to this process; 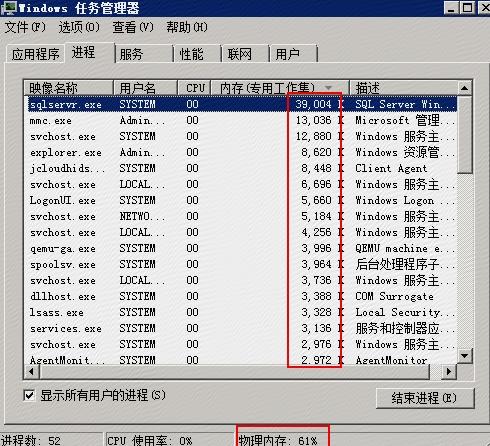 Then open the system-provided explorer:

The display here is accurate, and the use of physical memory consists of following sections: Memory Reserved for Hardware In Use: Memory occupied by processes, drivers and operating systems Modified: Memory whose contents must be written into the disk before being used for another purpose Standby: Memory that contains cached data and code that is not actively in use Available: Memory that does not contain any valuable data, and that will be used first when processes, drivers or the operating systems require more memories. Cache: When a file is opened, the system saves the file in the cache for the quick read/write next time. Windows 2008 R2 and later versions have the use limit on the cache: some physical memory will not be occupied by the cache to ensure that the system has available physical memory to meet the program demands even when the cache is too large. After reading so much, I still didn't know where the memory was except for the memory occupied by the process. Ok, here is the ultimate tool: Name: RamMap Version: v1.0 Homepage: http://technet.microsoft.com/zh-cn/sysinternals/ff700229(en-us).aspx Writer: Windows Sysinternals 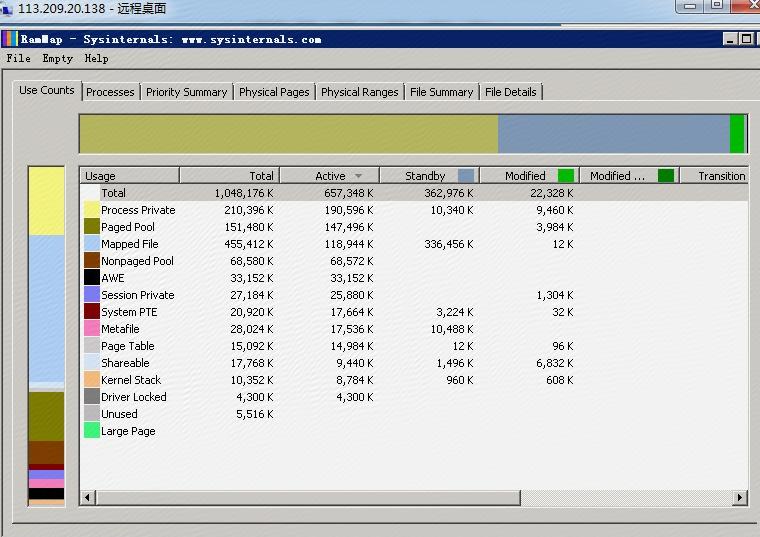